These 'Portrait Sketches' take about ten minutes. Using a light-weight easel they are mainly done at different local church, community and charity events.  To help cover costs I normally ask for a 'Suggested Donation" of £10. A bargain!! I prefer to use charcoal and pastel on A3 pastel paper. For outside venues  a patio-umbrella or gazebo is used to protect against bright sun or pouring rain! I have been doing these  since 1982, originally calling them 'Caricatures' and using a large felt-tip pen. Later I felt the title 'Portrait Sketches' was better as they really are 'Portraits' even though done very quickly. Here is a very small but recent sample of the hundreds done. For the sake of confidentiality only first-names are given. 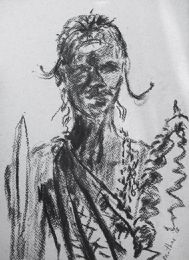 Masai Warrior
An amazing private moment at a Masai Village, Kenya 2018. One of five portraits done in the shade of a thorn-bush and given to the 'sitters'. A huge privilege and was followed by some amazing dancing and leaping - by them, not me!

Bill
Bill was a good friend - and great fun to draw at the Redcastle Art Group Exhibition, Cromarty 2018. Sadly he died in 2019. 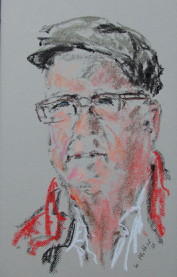 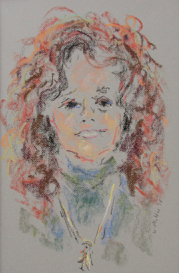 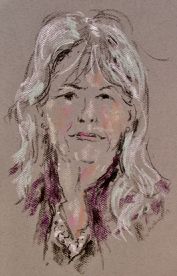 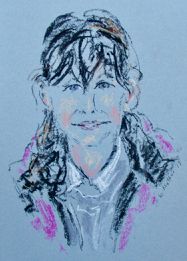 Olivia
Wonderful hair - She had to be done 'landscape' format to get all the hair in! Nairn Book & Arts Week 2019 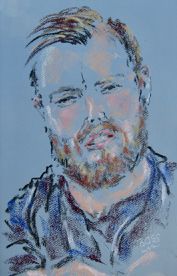 Paul
Paul, one of the Travellers on the Longman Estate, Inverness. 2019 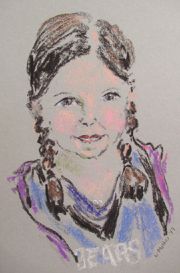